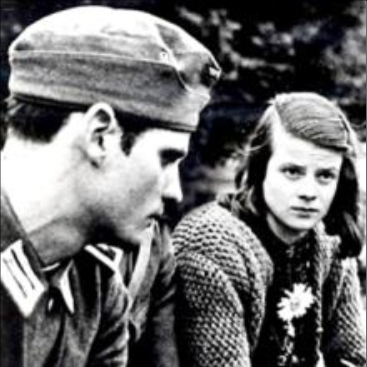 Sophie Magdalena Scholl was a courageous young woman who lost her life for standing up for her beliefs and resistance to the Nazi ideology.

Sophie was born on May 1921 in Germany. When Hitler first rose to power, she welcomed the takeover and enthusiastically joined the Nazi female youth organization “Bund Deutscher Mädel”.

But she soon realised that she disagreed with Nazi principles, particularly its treatment of the Jewish population.

In 1942, while she was a student at Ludwig-Maximilian-University, Munich, Sophie and her brother helped found the peaceful resistance group called Weisse Rose (White Rose).

White Rose wrote and circulated leaflets encouraging Germans, particularly students, to resist the Nazi regime. This was dangerous work as the Nazi party would not allow any resistance.

On 18th February 1943 Sophie and Hans were observed and reported by a university custodian for placing leaflets in the main university hall. All members of the White Rose were captured and tried for treason. They were found guilty and executed by guillotine.

Sophie Scholl died on 22th February at the age of 21 years in the Munich prison Stadelheim.