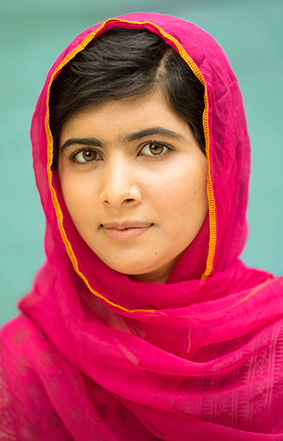 Malala was born on July 12, 1997, in Mingora, Pakistan. As a child, she became an advocate for girls’ education, which resulted in the Taliban issuing a death threat against her. On October 9, 2012, a gunman shot Malala when she was travelling home from school. She survived, and has continued to speak out on the importance of education.

In 2014, at the age of 17 years, Malala was awarded the Nobel Peace Prize, the youngest person to ever do so. She also gave a special address and the United Nations where she spoke on the need for forgiveness and the importance of education.