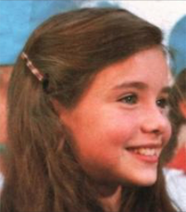 Samantha Smith: A Mission for Peace

In the summer of 1983, 11-year-old Samantha Smith from Manchester, Maine, was one of the most famous girls in the world. Images of her holding a letter from the Soviet Premier Yuri Andropov and later touring the Soviet Union went were shown in newspapers around the world.

“Actually, the whole thing started when I asked my mother if there was going to be a war,” Samantha wrote in her book, “Journey to the Soviet Union.”

In response to her daughter’s question about war, Jane Smith showed Samantha a Time magazine with a stern bi-spectacled Andropov on the cover. In the article some U.S. experts were concerned about the escalating U.S.-Soviet tensions while others saw “the transfer of power in the Kremlin [as] an opportunity to relieve tensions.”

Samantha’s reacted by saying,
“If everyone is so afraid of him, why don’t they ask him if he is going to start a war?”

“Why don’t you write to him?” suggested Jane.

Samantha did just that. She asked Yuri Andropov: “Are you going to vote to have a war or not?” She addressed the envelope, “Mr. Yuri Andropov, the Kremlin, Moscow, USSR”. She popped the letter in the mailbox and forgot about it.

But several months later Samantha learned that her letter had been published in a Soviet Union newspaper. However, she hadn’t actually received a response so she wrote another letter, this time to the Soviet Embassy in Washington, D.C.

Andropov explained why he had responded:

“It was the sincerity of Samantha’s letter. We understood at the time that people on both sides of the ocean were very worried, and they wanted to make sure that their concern was felt by the leaders of USSR and USA. An American girl was able to express that.”

When Samantha got home from school that day her lawn was covered with reporters.

In his letter Andropov wrote that Soviets didn’t want to start a war. They were busy “growing wheat, building and inventing, writing books and flying into space.” He invited Samantha’s family to visit USSR that summer.

On July 7, 1983, Samantha and her family travelled to Moscow. Media crews from all over the world filmed her swimming with Soviet youth at Camp Artek and visiting the Red Square.

Smith family’s tour was broadcast on the two available Soviet channels, and the Soviets were glued to the TV screens following her every move. For many in the Soviet Union Samantha and her family put a human face on the U.S. On the other side of the ocean, Americans got a rare glimpse of the Soviet Union:

“Everyone in the Soviet Union who has known Samantha Smith will forever remember the image of the American girl who, like millions of Soviet young people, dreams about peace, and about friendship between the peoples of the United States and the Soviet Union.” — Mikhail Gorbachev